Complaints addressed to the Defender increased 2.5 times and reached 13.140 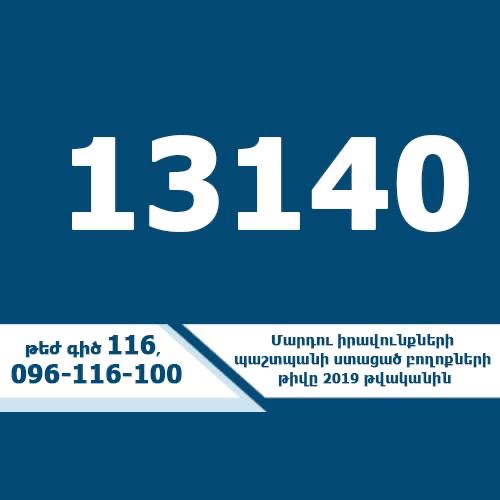 In recent years the number of complaints and applications addressed to the Human Rights Defender increased significantly. The comparative data shows that 5.214 complaints-applications were received in 2015, 5.113 in 2016, 6.417 in 2017, the number was increased more than twice in 2018 and reached 10.754.

Besides, a huge amount of work is carried out in the framework of monitoring and examinations based on own initiative (for example, prevention of torture, children's institutions, etc.).

Due to the increase in the number of applications-complaints and the extension of work directions, the number of visits is also increased.