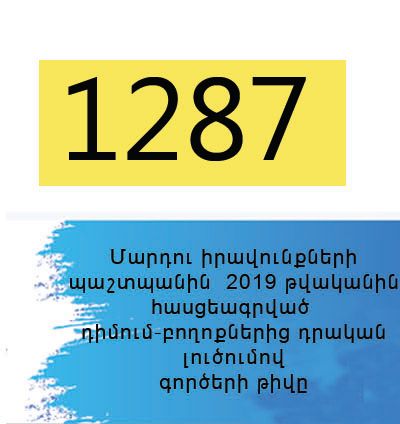 The number of cases that were within the Defender’s competence and positively resolved increased 4 times.

In particular, the comparative data of individual or collective cases of the past five years shows that complaints that received positive solution were 498 in 2015, 444 in 2016, in 2017 that figure almost doubled reaching 845, as for 2018, this number doubled again reaching 1,593.

The number of complaints that received positive solutions remained high in 2019 as well, reaching 1,287.