The Azerbaijani authorities have committed crimes against humanity during the COVID-19 global pandemic with large-scale armed attacks against Artsakh and Armenia. 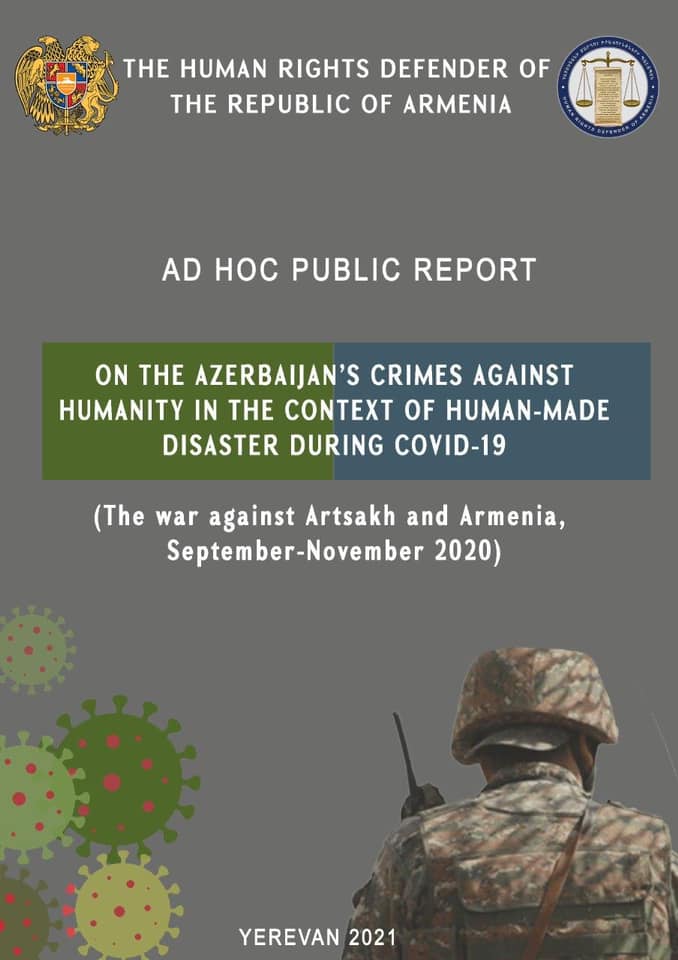 This fact is proven and set forth in the new special report of the Republic of Armenia (RA) Human Rights Defender. The report is in English.

This extraordinary report of the Human Rights Defender shows with concrete examples and expert analysis "the crimes committed against humanity by Azerbaijan in the context of a man-made disaster” during the COVID-19 humanitarian disaster.

The special report sets forth that despite the statements of the UN Secretary General Security Council that the COVID-19 crisis should compel the cessation of hostilities in all situations, the start of the war by the Azerbaijani authorities in September-November 2020 endangered the lives of the entire population of Artsakh and their health, and intentionally caused death and suffering. It also significantly contributed to the increase in deaths in Armenia.

All of this has been achieved by causing the acceleration and the rapid spread of the deadly virus, and by bringing about the fatal collapse of the healthcare system.

In terms of mortality, 951 deaths were reported in the seven months before the war, compared with 658 during the war.

These recorded facts once again prove the assertions of the Human Rights Defender, that the Azerbaijani authorities should be held accountable for war crimes, as impunity breeds new and more heinous crimes.

The report will be sent to the relevant international structures and to RA state bodies.

The Human Rights Defender of Armenia