The Azerbaijani authorities are "fighting against Fascism" by desecrating and destroying statues in Artsakh of the generals and marshals who heroically fought against it: The Human Rights Defender 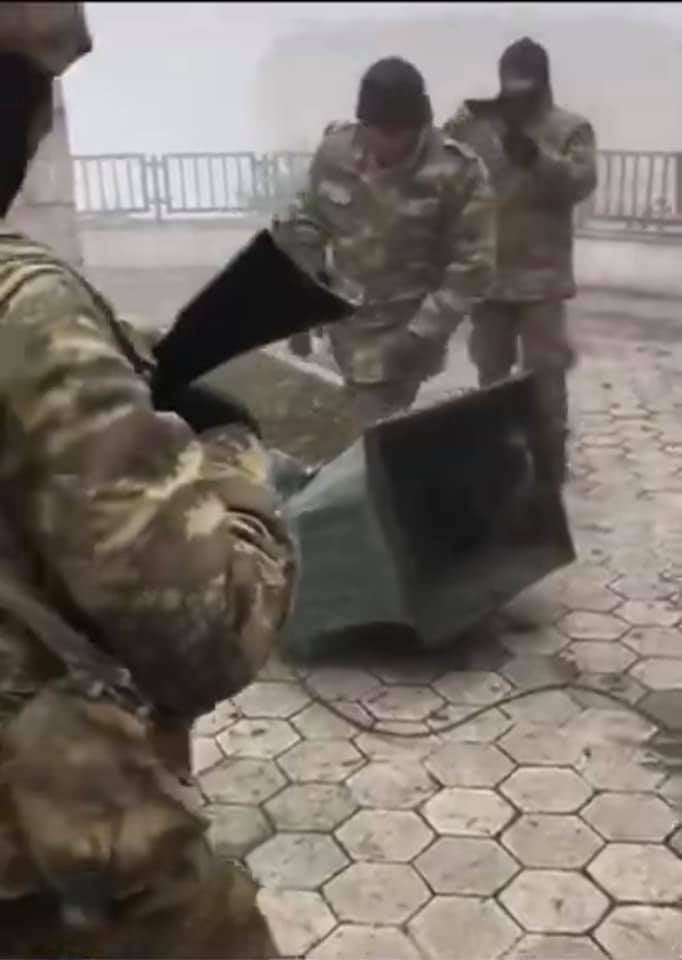 Azerbaijani authorities repeatedly announce that fascism is encouraged in Artsakh and Armenia.

Really? How will they explain that their armed forces in Artsakh — both prior to and post war — destroy and deface the statues of Armenian marshals and generals who heroically fought against fascism and Nazism and won.

Marshal Hamazasp Babajanyan, the hero of the USSR, the main marshal of military troops, born in Chardakhlu, Gandzak.

Hovhannes (Ivan) Tevosyan, who during the years of the USSR Metallurgical People, was a Minister, Hero of Socialist Work, born in Shushi. Ivan Tevosyan provided metal supply to all USSR defense enterprises.

Fascism is the basis of human rights violations, of violence, and atrocities.

And so, who really encourages fascism by explicitly destroying and defaming the statues of heroic generals and marshals who fought against it?