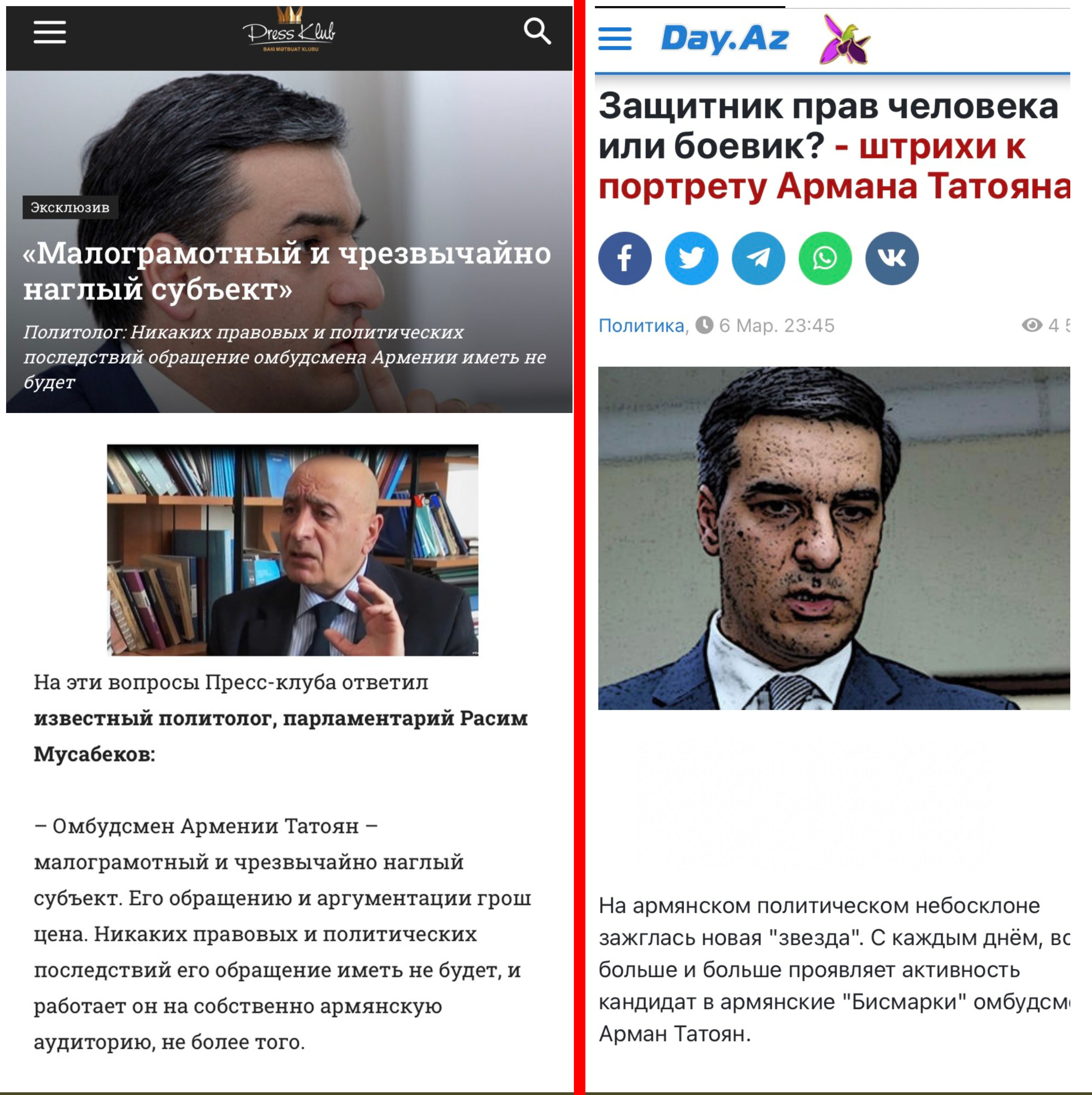 Azerbaijani deputy and other figures spread extreme insult and hatred towards the Republic of Armenia (RA) Human Rights Defender and his defense of the rights of RA border residents.

′′Falling into complete hysteria from time to time, he promotes demands that a normal person wouldn't even think about (...) All of this indicates the incomparable behavior of a maniac schizophrenia,” noted another Azerbaijani figure, referring to the efforts of the RA Rights Defender.

According to Azerbaijani publications, “Arman Tatoyan has been exaggerating the topic of prisoners of war for days, irritating foreign partners, parliamentarians and media.”

Azerbaijani figures have ′′analyzed ′′ Arman Tatoyan's biography in detail, education in the United States and his biography, explicitly distorting and scolding everything, and have made baseless conclusions of offensive nature.

′′It wouldn't be bad for Armenian authorities to pay attention to his (...) statements contradicting tripartite agreements,” Azerbaijani figures and media continually state in reference to the RA Human Rights Defender.

Armenia’s Human Rights Defender Arman Tatoyan emphatically notes that regardless of the referenced campaigns of insult and hatred, he will continue to raise all issues related to the rights of Armenian citizens and Armenia’s border residents.

The RA Human Rights Defender's staff has documented the circumvention of Arman Tatoyan’s implementation of the Defender's powers by Azerbaijani politicians and other figures, along with the sequential waves of insults and hate posts hurled in the press, so as to present them to the relevant international institutions.