ON THE RAPID RESPONSE VISITS CONDUCTED ON MAY 10, AND THE MONITORING OF THE PUBLCIATIONS OF MASS MEDIA OVER THE PAST FEW DAYS 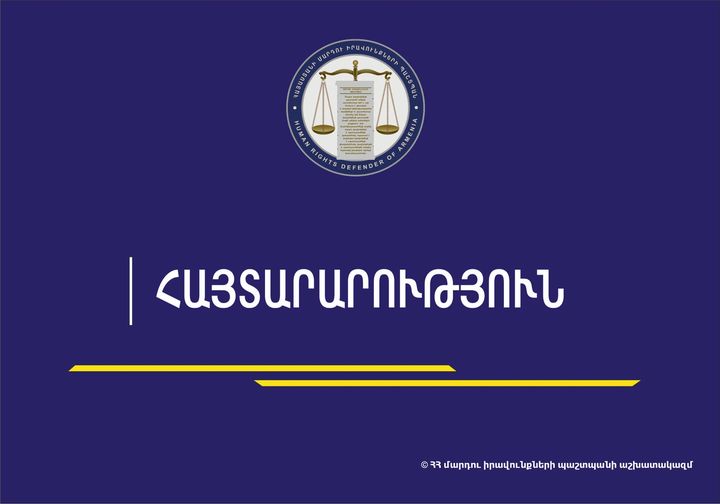 The rapid response groups of the Office of the Human Rights Defender visited 4 Police divisions in Yerevan today, providing advice and assistance for realization of the rights of more than 64 persons.

During the visits, several violations were recorded, in particular:

1. The practice of apprehending people by squeezing their throats and strangling them during the process was a common problem raised by apprehended citizens during quick response visits. In another case, according to the citizens who were subjected to administrative arrest, Police servicemen did not put, but threw them in the Police vehicles during the apprehending process, and cursed at them after they were already in the vehicle.

The Defender notes that in relation to the above-mentioned, letters will be addressed to the relevant bodies to make the mentioned incidents the subject of investigation. At the same time, the Defender notes that Police servicemen should refrain from using force not conditioned by the apprehending process and which excess often minimum required, and refrain from committing acts which insult and degrade persons during the administrative arrest.  Such practice is simply unacceptable.

2. A number of citizens brought from Kanaker-Zeytun administrative district stated that after Police servicemen demanded from the street to allow for the movement of traffic, they did not give the sufficient time to comply with that demand, especially after the citizens asked for 5 minutes to comply with the demand.

In this regard, the Defender notes that the Police should provide the citizens the necessary reasonable time to comply with their demands, otherwise, a situation rises where the demand is an end in itself, or it intends to create the necessary grounds to conduct administrative arrests.

In this regard, the Defender finds that such an approach is not justified, and regardless of the fact whether citizens introduce themselves or not, their entry, exit, receipt of medical assistance and other circumstances should be registered in the mentioned registry.

4. As a result of the monitoring of the publications of mass media outlets the incident of violence that took place in Gyumri city was registered, where on 08/05/2022, persons protesting through a convoy of vehicles, stopped, got into an argument with obviously older persons, and intensively punched them.

Moreover, the analysis of the video registers that the protesters outnumbered the older persons, one of whom was holding a cane.

In this regard, the Defender stresses that the public actors leading the political protest should condemn the violence to ensure the normal and peaceful conduct of the current and future assemblies, and they should cooperate with the law enforcement bodies, implementing the responsibilities provided for by Article 31 of the Law on Peaceful Assemblies of Armenia to the organizers of the assemblies.

The monitoring of the Office of the Human Rights Defender has registered that several public actors who are the organizers of the assemblies have condemned the use of violence in this concrete incident. At the same time, the messages of those persons who have a large public audience justifying the violence committed against the older persons, is worrying.

This working method is very dangerous, as it can create the impressions that violence can be justified, and thus leading to further incidents of violence.

The Human Rights Defender will ensure that all those guilty of violence during the assemblies and rallies will be held responsible, irrespective of the status and position of the victims.

According to the publication, the badge of the journalist was visible to the Police serviceman.

The Human Rights Defender warns once again to refrain from obstructing the work of journalists, from committing acts of violence against them, or threatening them in any way due to their professional activities.

The Defender will ensure that in relation to the registered incidents, the guilty parties will be held responsible.